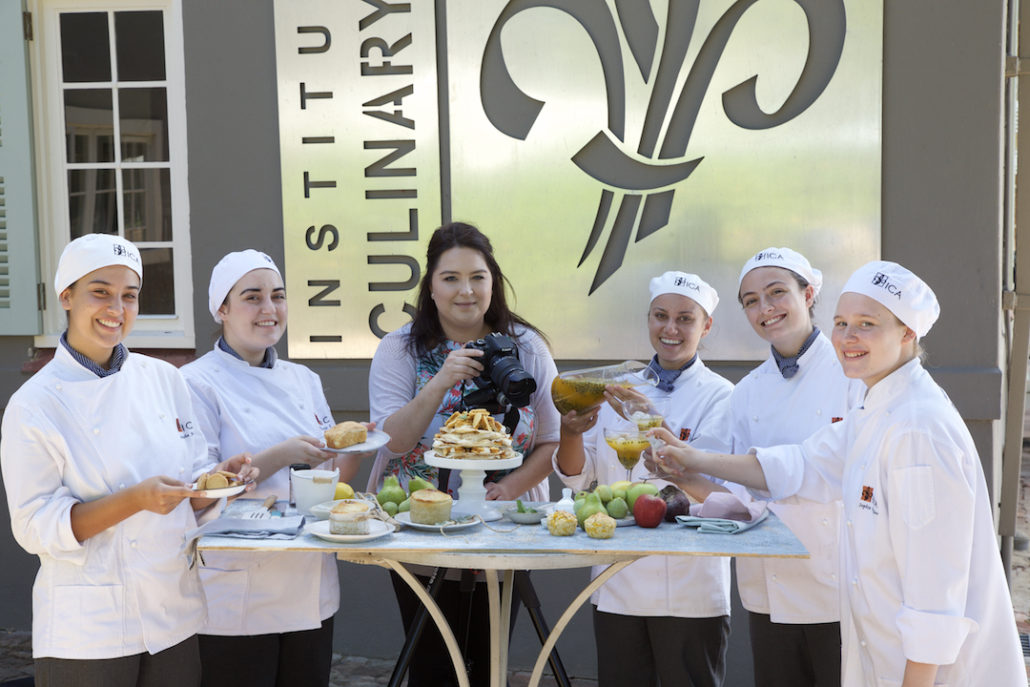 The current 3rd-year ICA chef students – specializing in Media Communication – were asked to compile and test the recipes for this year’s Cape Made Kitchen booklet for the annual SA Cheese Festival at Sandringham. Under the expert leadership of their specialization lecturer, Illanique van Aswegen (who is also an ICA graduate and an award-winning freelance food stylist, recipe developer and food photographer), the students really did more than rise to the occasion.

Recipes were inspired by ICA ex-students and current culinary celebrities, Herman Lensing, Zola Nene and Johnny Hamman, who appeared as guest chefs at the Cape Made Kitchen at the festival, where ICA chef lecturer, Selwyn October, demonstrated various water-wise recipes from the recipe book, incorporating and highlighting alternative crops as the recipe heroes.

All the recipes were professionally styled, allowing students to put their newly acquired skills to the test.