THE MAGIC LIES IN THE EXTRA MILE - ICA Chef School 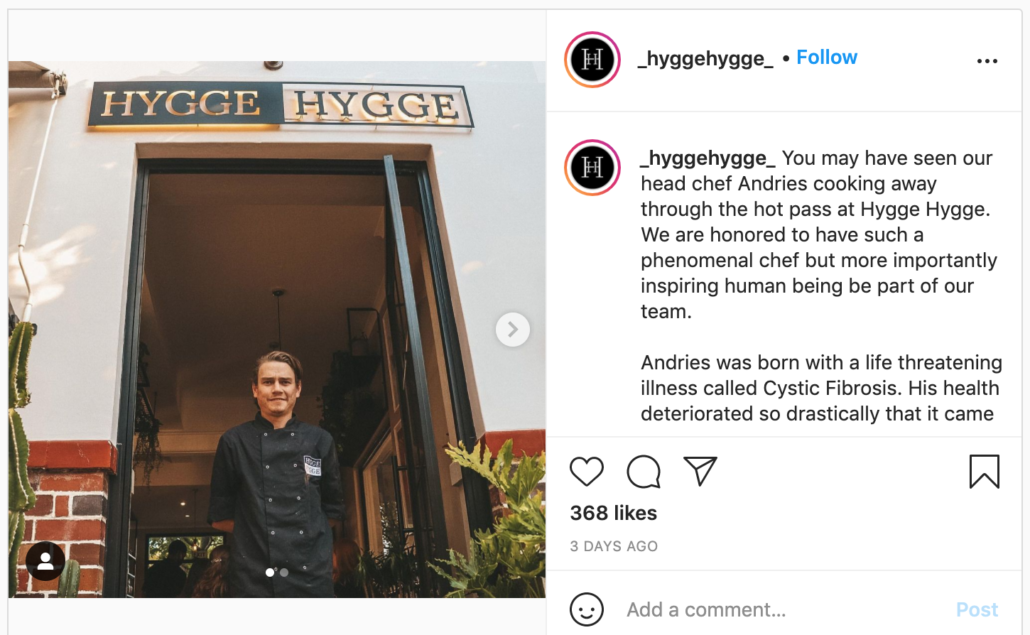 THE MAGIC LIES IN THE EXTRA MILE

In 2013, Andries van der Merwe enrolled at the ICA. Andries was diagnosed with cystic fibrosis at the age of 3 and his body has suffered the effects ever since. Yet he was determined to become a chef and thus enrolled in SA’s most highly awarded school, known for its rigorous training. Through sheer determination, dedication and perseverance, Andries graduated with an ICA Diploma in Food Preparation and Culinary Arts as well as a City & Guilds Diploma in Food Preparation & Cooking. He is living his dream of being an ICA-qualified chef.

An article was recently published about Andries’ story – how the healthy lungs he was desperate for, came to be a reality – through the unfortunate passing of another young person. Since he was just 3 years old, Andries has never taken his life for granted and knew that each opportunity was a gift.

It is a well-known fact that cheffing is a tough career. The hours are long, the pressure is real, the physical demands can be difficult. But it is a positive and enduring mindset that, in the end, will result in greatness! Andries is a prime example of not succumbing to his circumstances, not letting anything get in the way of his goals! His story is inspiring and commendable. We are very proud of this former ICA student.

Oprah Winfrey famously said: “Go that extra mile, because doing your best at this moment, puts you in the best position for the next moment.” And it’s when we do, that we experience the magic!

THE MAGIC LIES IN THE EXTRA MILE!