The role of professionally trained chefs in Product Development

If talent alone is not enough, then acquiring a sound theoretical education, paired with intensive practical training certainly ensures that ICA graduates remain ahead of their peers once they enter the culinary arena.

In her quest to train the country’s best chefs, ICA Principal, Letitia Prinsloo, identified the gap in culinary education whilst still in the position as chef proprietor at her award-winning restaurant and guesthouse in Pretoria over 25 years ago. Large corporations, such as Woolworths approached Letitia for help with evaluations of new products which – back then – used to only be done by food technologists and scientists, with very little true culinary and cheffing background. It was then that Letitia realized the importance of taking hands with the leaders in the retail industry – food manufacturers and product developers like Woolworths and consumer science departments of selected universities.

Knowledge is never cheap. Today, the ICA delivers a uniquely formulated 3-year curriculum with specialization fields specifically aimed at satisfying the industry need for professional chef input through it’s Product Development curriculum. For this reason, ICA graduates are sought after locally as well as internationally as their skill level includes world-class culinary principles coupled with in-depth theoretical knowledge and understanding of the science behind culinary arts. Shirley Madutlela, is but one example of an international student with a BSc (Hons) Degree in Food Science & Nutrition from Nottingham University in the UK, who came to South Africa to enroll in the ICA’s full-time 3-year course in order to be able to gain her professional chefs qualification and specialise in Product Development before moving back to the UK to apply her knowledge at one of the largest providers of fresh prepared food in the UK as Development Manager. Locally, ICA graduates are leading the product development field at corporations such as Woolworths, Rhodes Foods, In2Food and supporting many other product developing manufacturers around the country.

University degrees in Dietetics, Product Development, Consumer Sciences or Food Technology addresses some parts of the theoretical aspects that the industry requires. However, students who already has a university degree in the aforementioned fields often enrol at the ICA to further their studies and broaden their employment horizons through applied theory and practical training.

All three students agree that an ICA diploma course is a tough one. It is demanding both theoretically as well as physically. Marlie says there is no time for “hanna-hanna, koek-en-tee” and Magdelie confirmed that – as a qualified dietititian – she is constantly astonished by the in-depth subject theory that sets a specific academic standard at the ICA. Initza’s take is that the theoretical work-load is very similar to a demanding first year at University. When adding the additional practical demands to that work-load, it means an intensive training curriculum not equalled by any other culinary training institution. 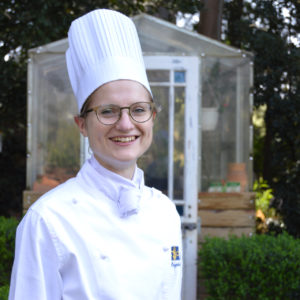 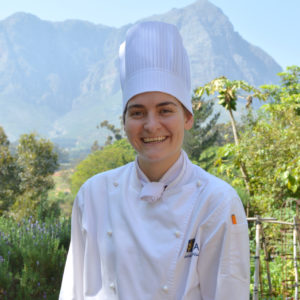 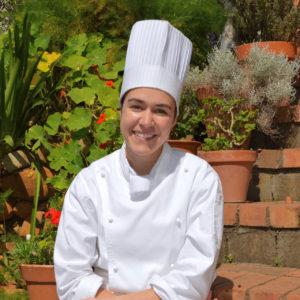 Read the last word from a parent who’s child is currently studying towards her 3-year ICA Diploma, making the choice to follow Product Development as specialization field.

The Flavour Boom – A Culinary Experience

Is TALENT not ENOUGH?

Kokkedoor 2019 – Another win for ICA!
Scroll to top