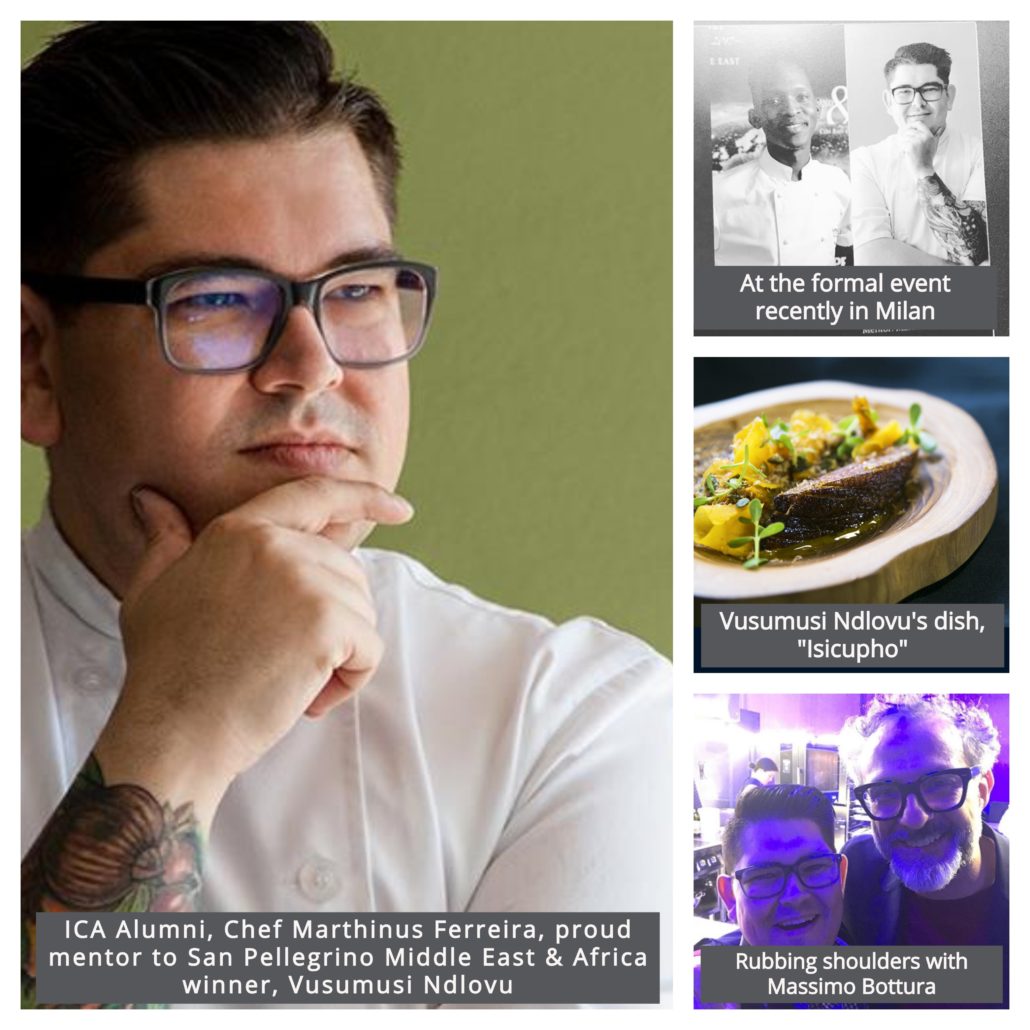 From chef student to mentor – a journey to the top

Upon graduating from the ICA, Marthinus spent time in the kitchens of the likes of Franck Dangereux, Gordon Ramsy and Heston Blumenthal.  He is the owner and executive chef of award-winning restaurant DW Eleven-13 in Johannesburg, co-judged the popular television series “Ultimate Braai Master” for two seasons and have accolades such as numerous Eat Out Awards Top Restaurants Awards, Roussouw’s Restaurant Guide stars, American Express Platinum Fine Dining Awards and a Readers Choice Award behind his name.

He applied his culinary nurturing skills to the San Pellegrino Young Chef 2018 competition, leading his finalist all the way to the Top 7!

Vusi himself also named yet another ICA chef graduate, Peter Tempelhoff, as one of his most important influences in his career, giving testimony to the world-class caliber of graduates trained by the ICA!

At the event in Milan, Marthinus was exposed to some of the industry’s most recognized talent and legends.  He had the opportunity to personally meet – amongst others – Chef Massimo Bottura (Osteria Francescana – World’s BEST Restaurant 2016) at the awards ceremony and even received a copy of his new book, Bread is Gold, from this world-class chef himself.

What leads a young chef to achieve success in their career?  Are there shortcuts?  Absolutely not.

To be the BEST, you have to learn from the BEST.

The ICA is rated the BEST chef school the country has to offer, and one of the best in the world.