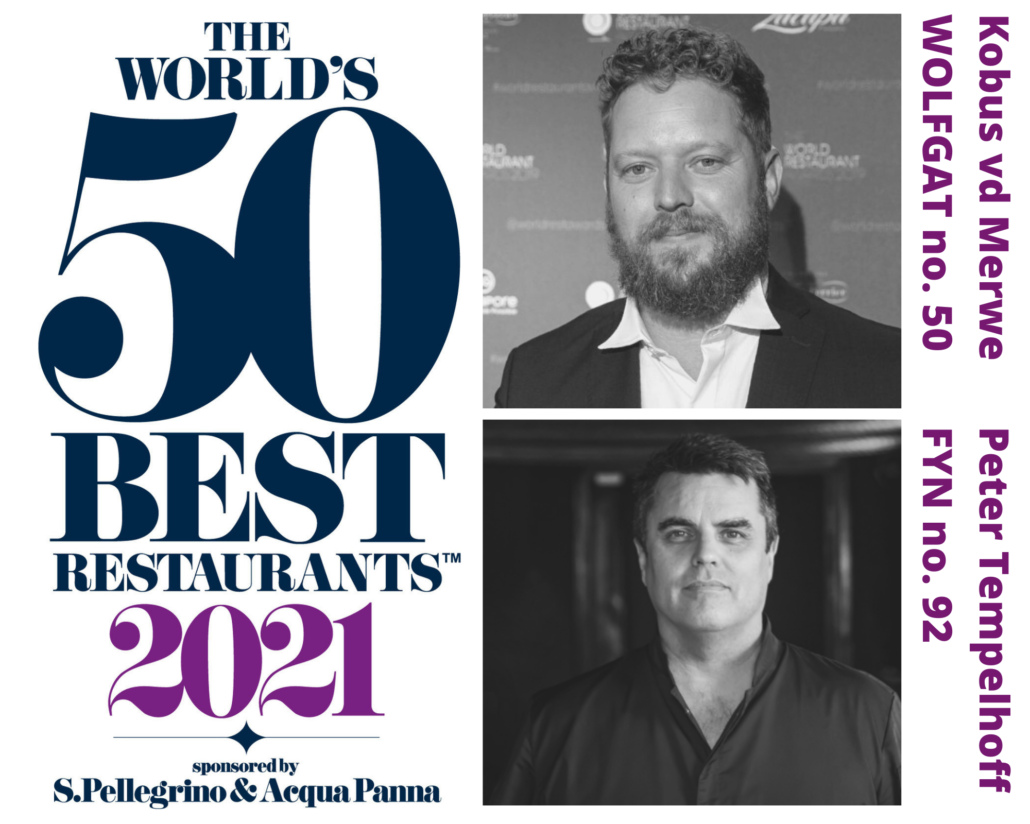 Excitement and anticipation ran high during the past couple of weeks as we awaited the announcements from arguably the biggest and most prestigious culinary event on the annual calendar – the S. Pellegrino and Acqua Panna World’s Best Restaurants Awards.

On 24 September, numbers 51 – 100 were published and to our utter delight, ICA graduate, Peter Tempelhoff’s Cape Town restaurant, FYN, was listed at number 92!

The best was yet to come… The fantastic news of yet another ICA graduate, Kobus van der Merwe’s restaurant Wolfgat, making the elite Top 50 countdown list was announced yesterday when the world’s leading restaurants were revealed during the glitzy gala ceremony in Antwerp, Belgium as well as being broadcast live on social media. This tiny, exclusive Strandveld eatery in Paternoster clearly impressed the judges to such an extent that it was worthy of a spot on the 1 – 50 BEST Restaurants lists in the world!

The ICA couldn’t be prouder! These well-deserving chefs are being recognized and honoured on the global culinary stage. Both of these restaurants were brand new entries and are putting South Africa back on the map as a global culinary destination. Though both chefs have had a taste of the worldwide stage in their own individual rights, being recognized on THIS LIST is the ultimate culinary achievement and pays long-awaited tribute to South African gastronomy.

What gets us most excited is that both these now world-renowned chefs honed their raw talent and enthusiastic passion for fine food at the ICA! Their infinite talents, refined skill sets, perseverance and innovation throughout an extremely difficult pandemic-stricken time, proves that South Africa – and South African trained chefs, particularly those who studied at the ICA – are highly sought after, accomplished, suitably acknowledged and wholeheartedly celebrated amongst the absolute best the world has to offer!

We congratulate chefs Kobus van der Merwe and Peter Tempelhoff on this enormous accolade. Our past, present and future students look up to mentors like these and the ICA will remain steadfast in our mission of training excellent chefs of international standards!

BOOK NOW
THE MAGIC LIES IN THE EXTRA MILE