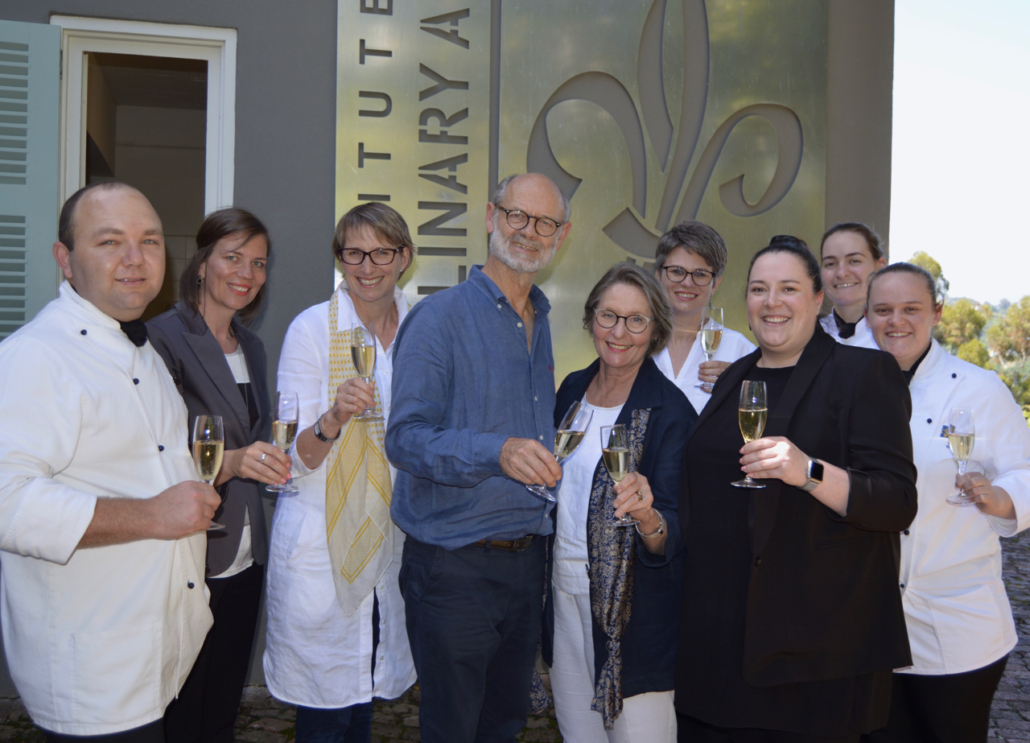 On 30 November 2021, the Institute of Culinary Arts became the first culinary school in South Africa to be named WINNER of the coveted World Culinary Awards Best Culinary Training Institution on the entire African continent!

Sister event of the World Travel Awards, the World Culinary Awards is a global initiative that serves to celebrate and reward excellence in the culinary industry. Amongst the winning categories, Best Culinary Training Institution, recognizes culinary institutions that are accredited and show an excellent standard of culinary training.

The ICA walked away with top honours after being nominated for a second consecutive year. Out of all the culinary training schools globally, the nominees were narrowed down to just 44 participating schools worldwide. Winners were announced at a glitzy gala event in Dubai, where ICA received the title of BEST IN AFRICA!

ICA directors, lecturers, staff, students, and industry partners are absolutely elated at the fantastic news, adding cause for celebration at the end of a tough and challenging year. The Covid-19 pandemic has had a major impact on the school and its academic and practical activities, as it had in so many other areas all over the world. Nevertheless, consistent, intense efforts and non-stop commitment from both faculty staff as well as students, means that the ICA will commemorate 2021 still at the forefront of all chef schools in Africa, setting the benchmark for others to follow.

Although the ICA is known to be one of the smallest chef training facilities in the world, its exclusive commitment to culinary training excellence is reaping the rewards in the international arena! After almost 30 years of training world-class chefs, the constant in-depth, personal mentorship that students receive because of a lecturer-to-student ratio of 1:6 means that each student’s unique talents and abilities are cultivated alongside strict culinary principles and practical training. Consistently adhering to its training ethos of excellence ensures that awards such as Best Training Institution in Africa are received humbly and gratefully by everyone at the ICA, paying homage to past students and inspiring great future chefs.

Looking back at this past year, it’s the past 2 months that really excites us. The global culinary community applauded no less than 3 ICA-trained chefs very recently. Respected local chefs Kobus van der Merwe, Peter Tempelhoff, and Callan Austin are all proud ICA graduates who have achieved the highest distinctions internationally.

We celebrate the end of 2021 as the training ground for so many acclaimed chefs, both locally and abroad. Accolades received by ICA alumni, together with the school’s numerous awards, attests to what we stand for – training excellence in all aspects of the culinary arts.

HERE’S TO THE JOURNEY!
Scroll to top