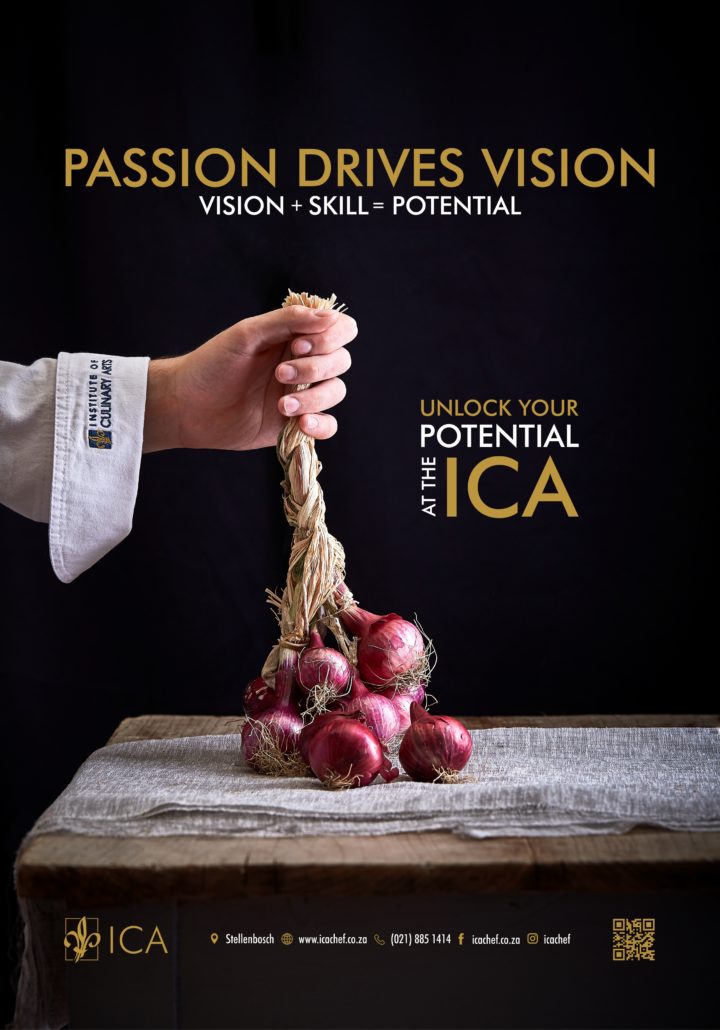 Another year of success, growth and achievements

As 2019 draws to a close, the ICA reflects on the highlights of the year, pausing for a moment to acknowledge yet another busy, but successful year in chef training excellence.

The most recent event – the coveted Eat Out Awards – once again honoured the work of South African chefs who are leading the industry. Among the top rated, ICA-trained alumni Peter Tempelhoff, Michael Cooke, Kobus van der Merwe, Arno Janse van Rensburg, Liezl Odendaal, Jason Kosmas, Zola Nene and Herman Lensing stood out amongst their peers at this prestigious event.

Looking back much further (can it be only 11 months?!) we remember the culinary waves in February that were made by Kobus van der Merwe when not one, but two international titles were bestowed on his restaurant, Wolfgat, by the inaugural World Restaurant Awards in Paris, France. In his team, ICA 2nd-year student Derek Shaw, who also accompanied Kobus to the UK later in the year to cook at a renowned food festival and in doing so, taking SA’s talent further out into the culinary world.

The first term of 2019 was concluded by a hugely successful Open Day on campus, welcoming new prospective enrolments for next year, followed by the graduation of another group of newly qualified professional chefs, some of who are already making their marks in their workplace.

Current students are now honing their skills in the industry during SA’s high season and the ICA is extremely proud of having students in some of the most highly rated kitchens, both locally and abroad. Students like Josie Romer-Lee, among many others, making us proud of how they are flying the ICA flag at Restaurant JAN in Nice (France) and 2018 Graduate Callan Austin as he competed for the S. Pellegrino Young Chef of the Year award on a world-wide scale.

Exciting campus events that stood out were the popular Winter School workshops, master-classes with culinary legends such as Cass Abrahams, Entrepreneurship in Hospitality expo, culinary services celebrations with SARIE and ex-ICA student Herman Lensing, another fantastic Open Day in September and a double-win for ICA on KykNET’s reality cooking show, Kokkedoor!  All of this whilst the ICA partnered with Skole Kook as one of the main sponsors throughout the year to travel the country in search of the best Grade 11 team to compete for the title of 2019 winners and stand a chance to receive ICA study bursaries to the value of R40 000.

Certainly a mouth full, but by no means an exhaustive list of highlights and happenings. The ICA continues to grow and lead as SA’s most highly awarded chef school. The emphasis stays fixed on culinary excellence in all its forms.

Unlock your potential at the ICA.

Watch what alumni has to say about their time at the ICA, the values they were taught while studying towards becoming professional chefs and what their favourite kitchen tools are!

Application for 2020/2021 intakes are now open.  Enrol now to start your own culinary journey to the top!